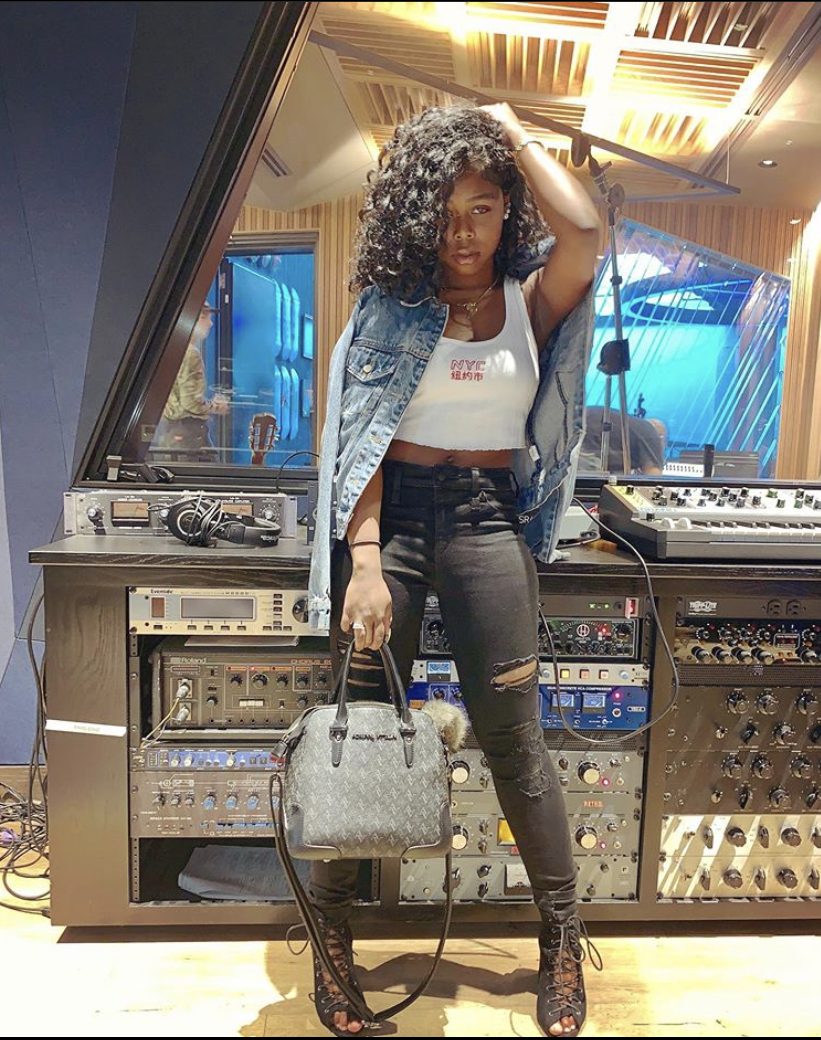 Hi my name is Darah Marie. I have been an artist, entertainer, and perfromer since the age of 4. I started performing in school talent shows since the 3rd Grade. Which initially consisted me of dancing throughout elementary school. Then when I got to middle and high school I gained even more confidence and exposure to showcase my singing and dancing abilities. When I turned 16, my Dad flew with me to Los Angelos CA to record and learn my true sound on a record with one of my mentors Freddy Washington. A few weeks after I graduated from high school, I released my first single ON MY MIND written by me and produced by Wav. I am beyond humbled and grateful for all the love and support from my supporters and family. I am currently working on a lot of music right now that I will be releasing soon.🌍💫🙏🏽 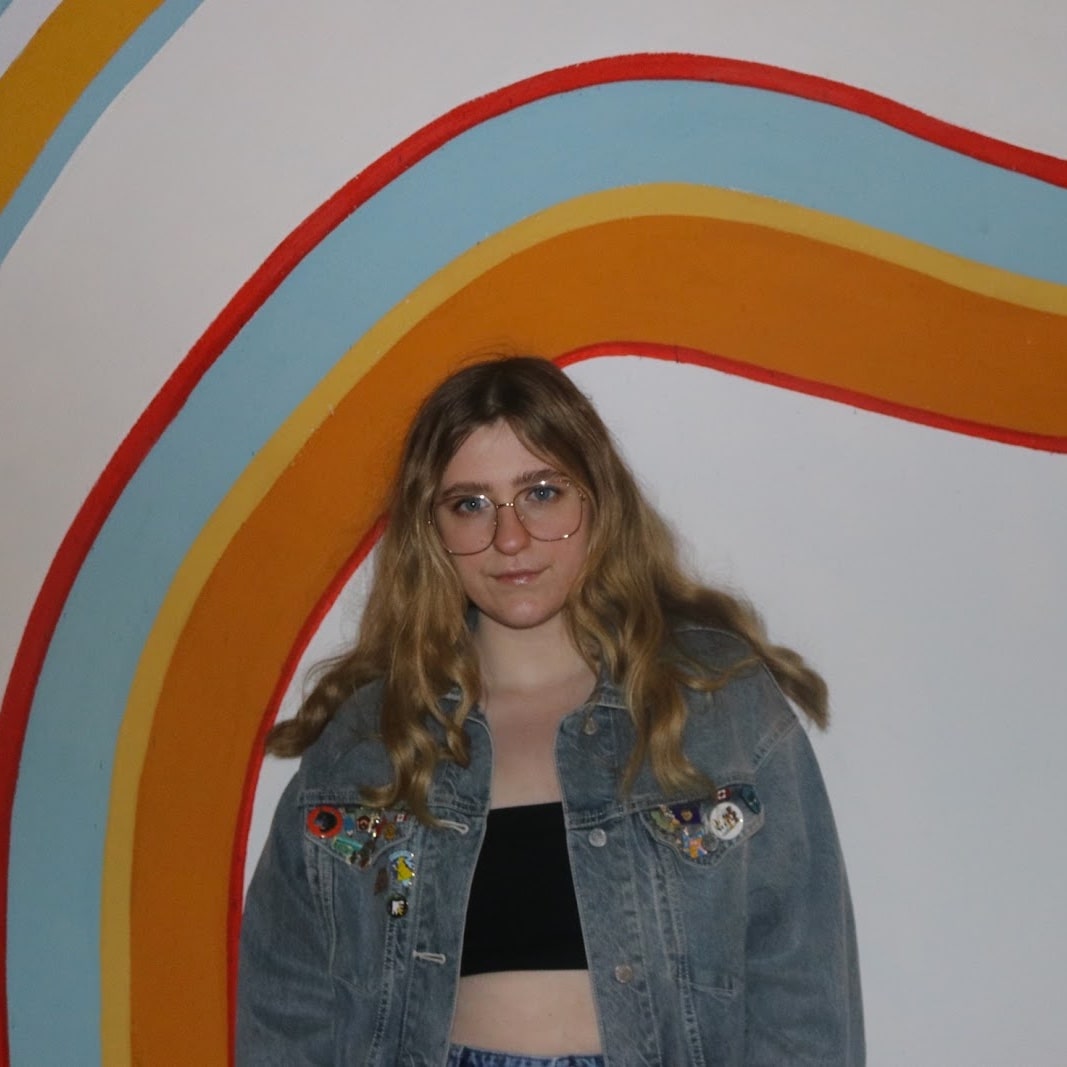 JoJo Scott’s smooth sound and 70’s persona stands out amongst the crowd. Whether it’s her captivating stage presence, soothing vocals, earnest songwriting, or groovy fashion sense, she brings an irresistible energy to the stage. At just eighteen, JoJo has already performed on some of the largest stages in Oregon. Her unique acoustic pop sound is a blend of 70’s music with current pop and R&B that is inspired by the likes of Harry Styles, Elton John, Fleetwood Mac, The Beatles, and many others. Audiences are never disappointed when attending one of her performances, as JoJo’s heartfelt songs connect with people at any stage of life. 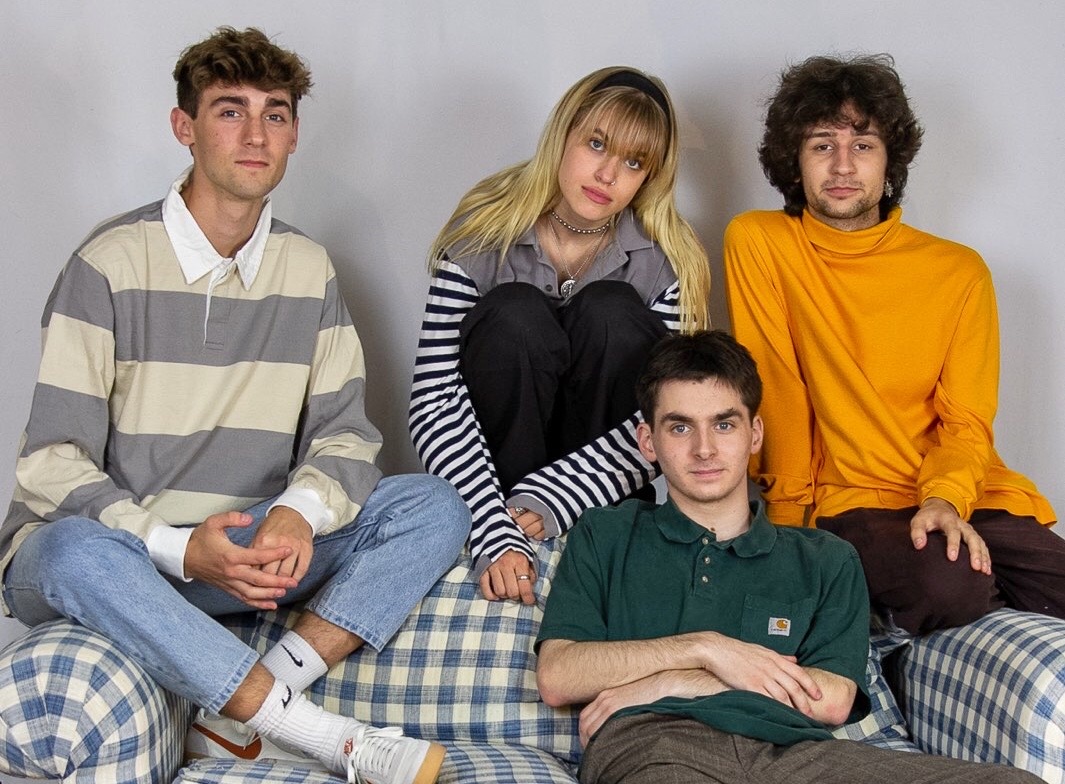 Growing Pains are an indie rock band that formed in the summer of 2018, when they were all juniors in high school. They formed a strong bond and started writing songs influenced by Joyce Manor and other emo bands. Since we met we’ve been writing and working on our debut album Heaven Spots which we recorded last summer at Echo Hill Studios in our hometown of Portland, Oregon. 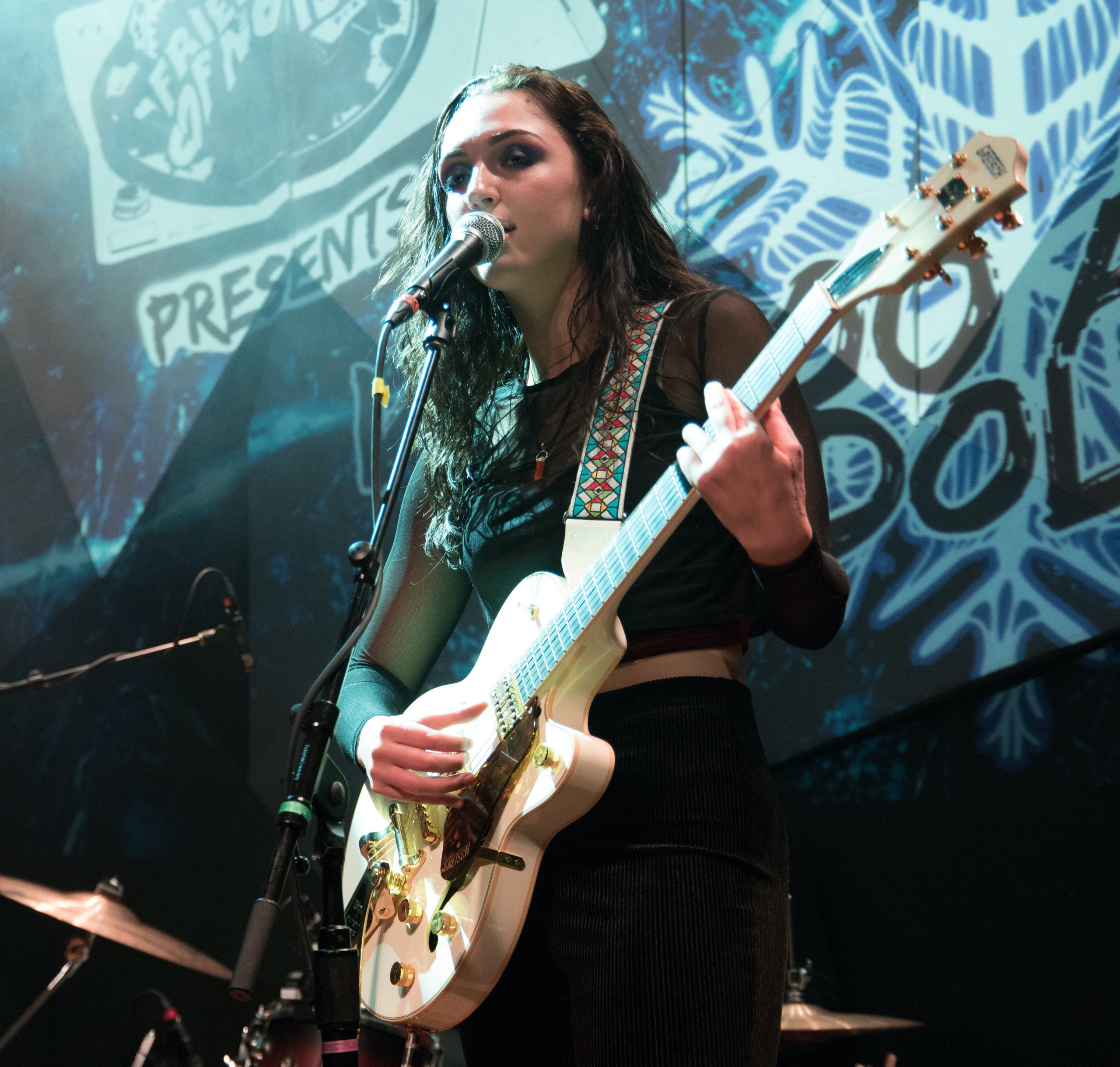 My name is Marin and I’m a 19 year-old singer/songwriter in Portland, OR. I was singing since I could talk and writing songs since I’ve been literate. My music is of course an expression of self and telling my own stories and just writing about what is moving me in the moment. A lot of my messages and underlying themes in my music include dynamic of relationships between people, internal struggles, desires, collective struggles, crazy concepts, things that are simply wondering through my mind over and over. Ultimately with every song I write, I aim to plant a seed for those listening, bringing more hope, support, information, ideas, love, and positivity to anyone who needs it. Music is one of the most healing things in this world and I aim to help whoever I can in whatever way I can. Not only do I want to inspire people through my music but music is such a vast sea of different sounds, instruments, songs, and dances that anyone can be a part of and I want to encourage more people to partake in whatever way suits them. I haven’t been told I sound like too many people or artists (I can’t really think of any myself) but two people I have often heard of as comparisons are Kehlani and Stevie Nicks. Interesting combination of sounds but so is my music! 🙂 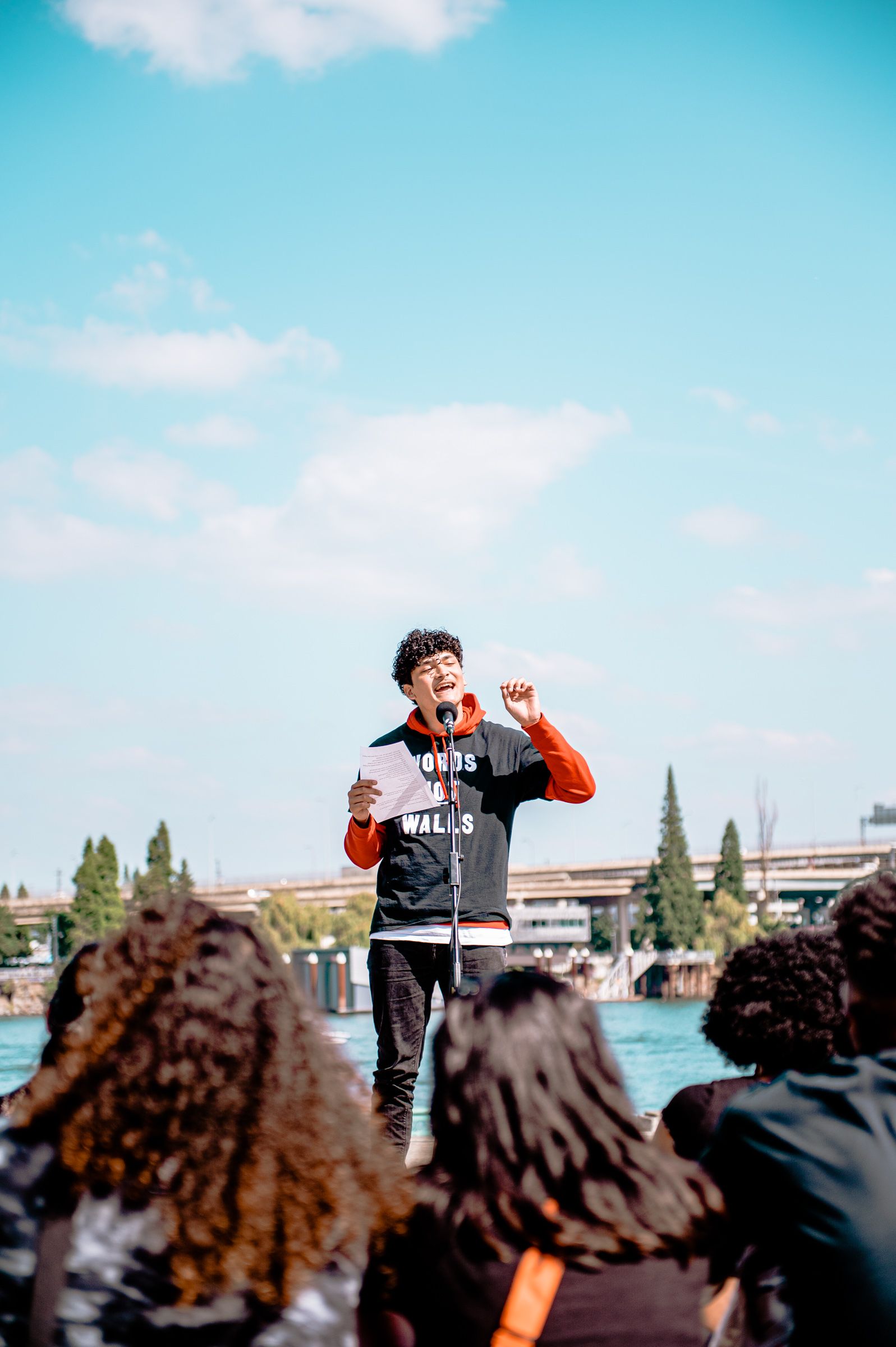 Jolly Wrapper, that’s “Wrapper” with a “W”! is a Portland-based musical performer, spoken word poet and visual artist. His work often draws inspiration from personal experiences, interests, people, systems, and social injustices, which he has encountered and observed throughout his life. Although not confined to any one particular genre of music, his most popular songs usually consist of Hip-Hop Rap and Bedroom-Pop.

Aside from performing poetry and making music, he also loves filming music videos, doing photography, producing beats, drawing, painting, designing and sewing custom clothes, writing and illustrating children’s books, mentoring youth, and facilitating social justice events. He also enjoys metal detecting, collecting coins, polishing rocks, and his favorite snack is cilantro! His biggest strengths are being creative and problem-solving. Through art and self-expression, he will change the world. Support him and he’ll support you!
When asked how he’s feeling he hit us with his famous catchphrase,
“I’m Feelin’ Jolly!” 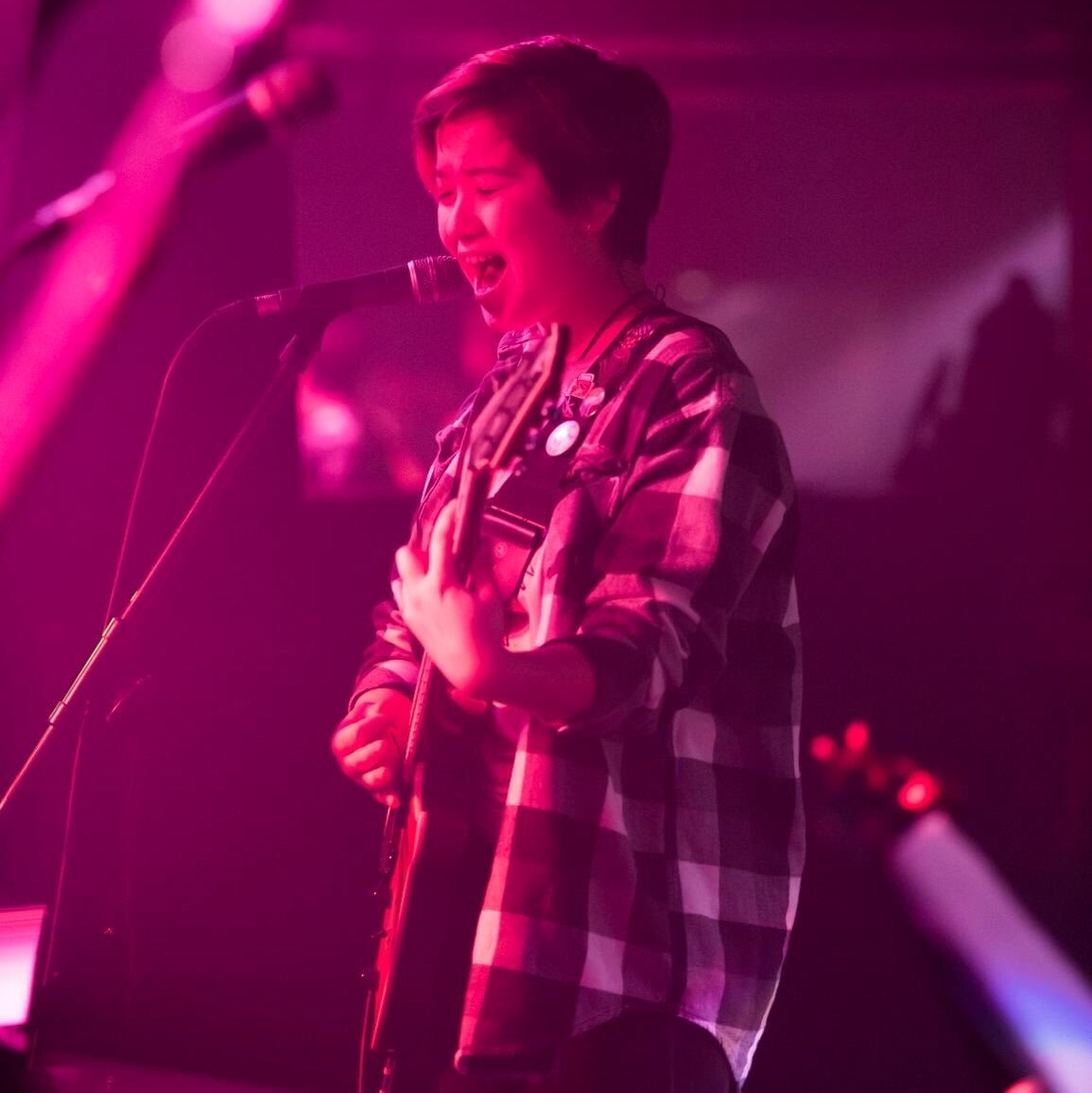 Hey! I’m Mei (pronounced like the month), I’m a senior at Grant High School and I love to make music! I sing Alt Country, play guitar, and I’m probably shorter than you… 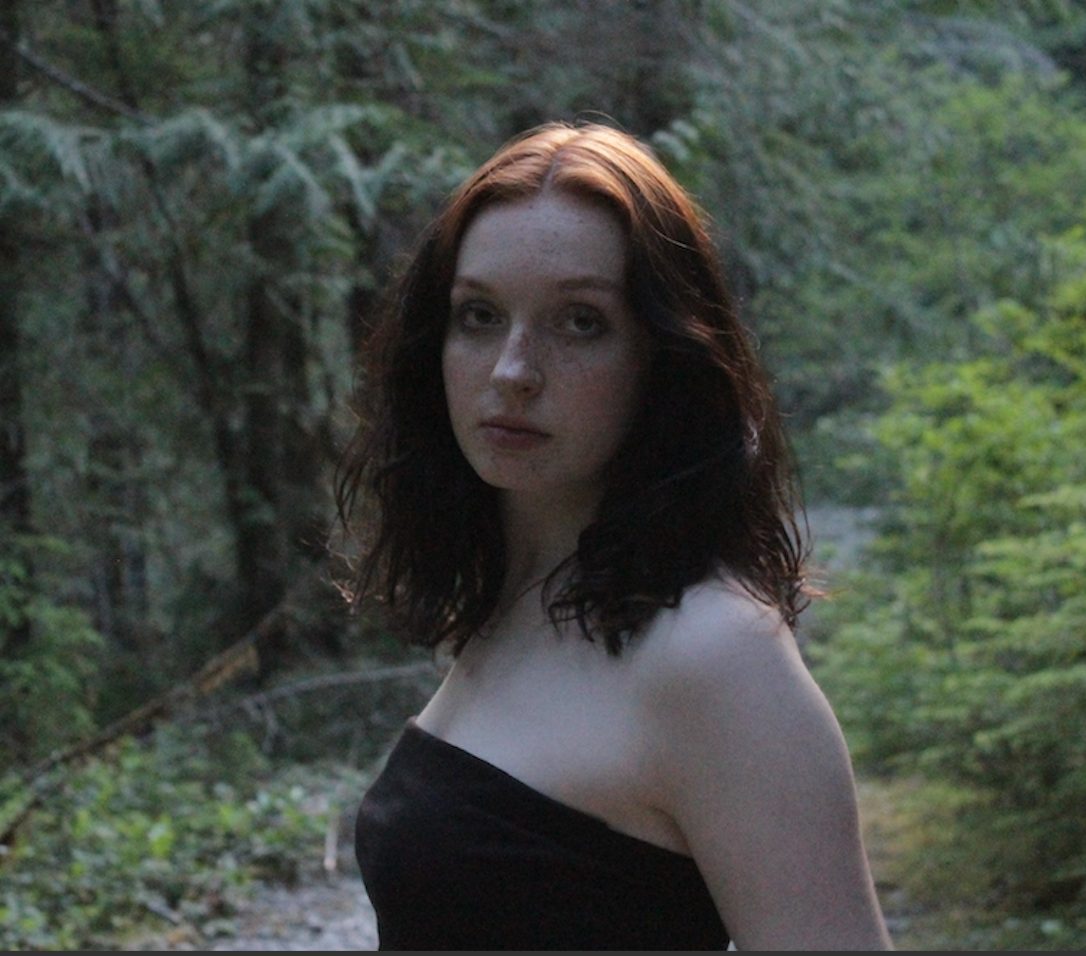 Hi! My name is Rena Marthaler, I am a 16 year old musician and performer based in Portland, Oregon. I have been playing guitar and piano for about 10 years and singing along the whole time. I began writing music when I was little, but never had the confidence to continue a song or try to advance my music until high school. I released my first solo single “Ghost Girl” October 13th of 2020. I am passionate about connecting with other youth musicians, and creating a safe space for all people to enjoy and create together. 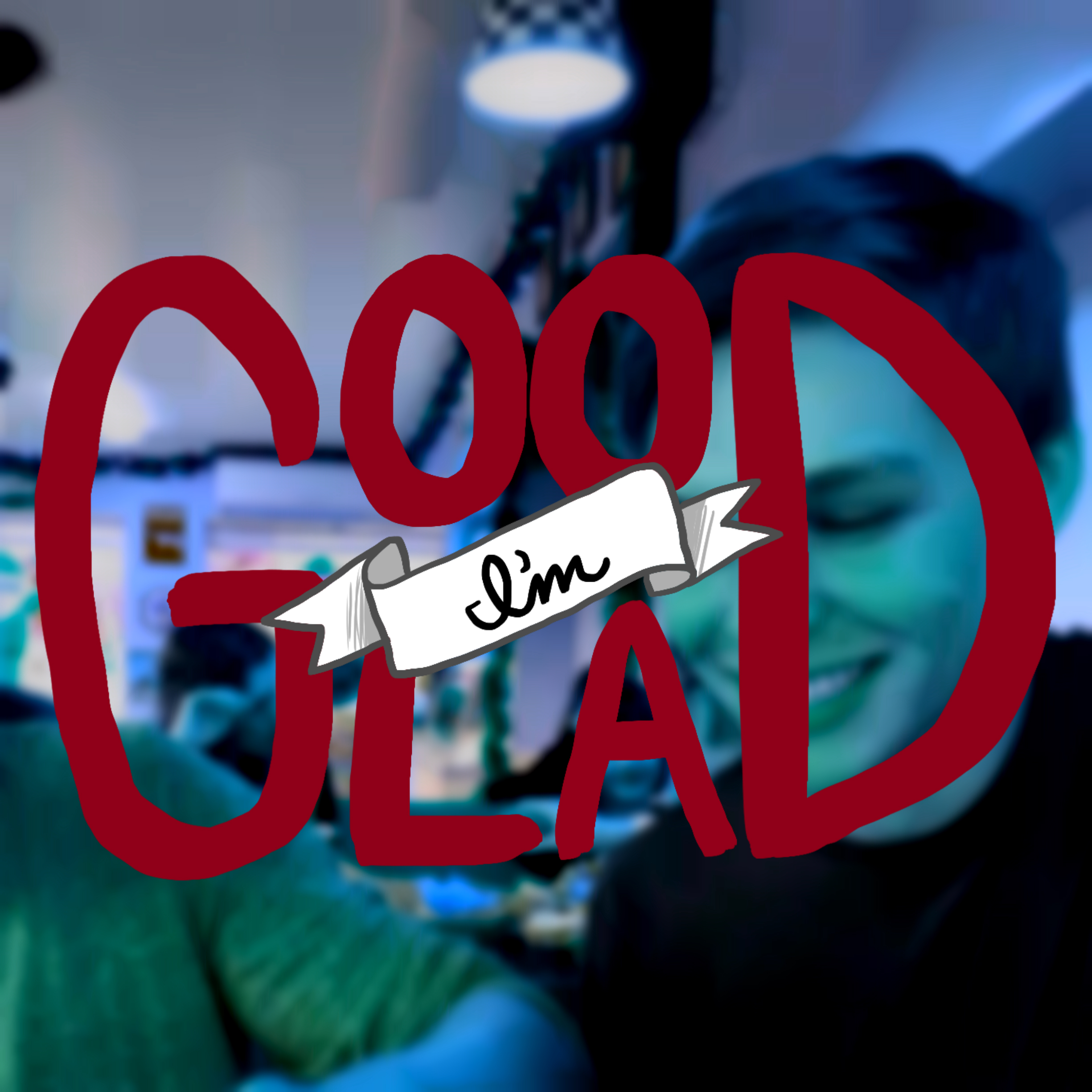 Good I’m Glad is a musical collective from Camas and Vancouver, Washington. They combine a distinctly nostalgic power pop sound with flavors of emo revival, post-grunge, ska, and punk. 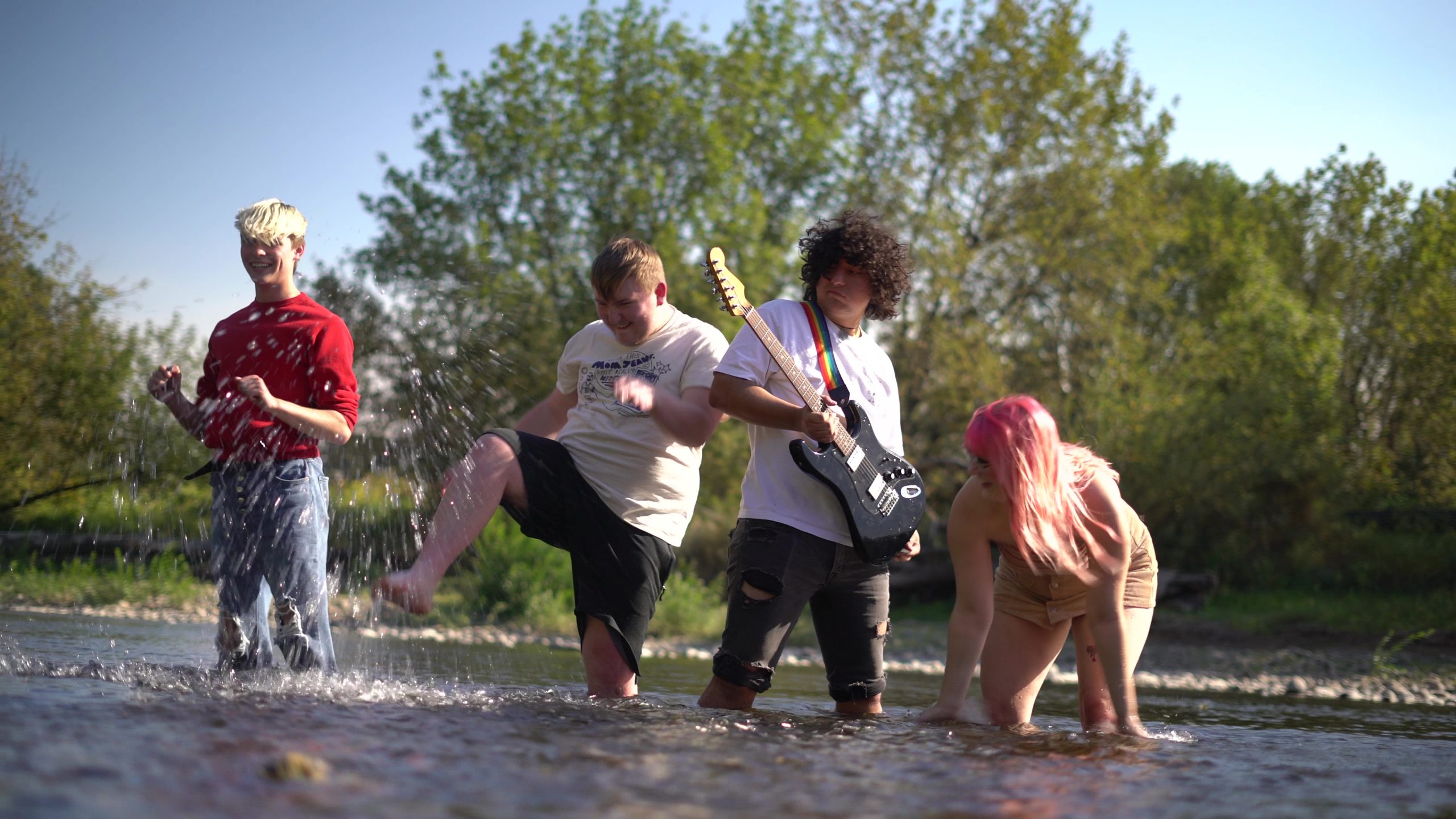 We are Rei Deora, we have 4 members consisting of Adam Nua, Elizabeth Young, Michael Bell, and Forrest Power. We are a pop group and we all write songs that we all produce on our own as well. Everything is recorded in my bedroom. We are a Pop band and everyone is the executive producer and head songwriter of their own song, much like The Beatles, so each individual has a different way of songwriting and overall mission statement for their songs. We’d like to think we don’t sound a whole lot like other artists, but we have been told we sound like STRFKR, and Glass Animals. 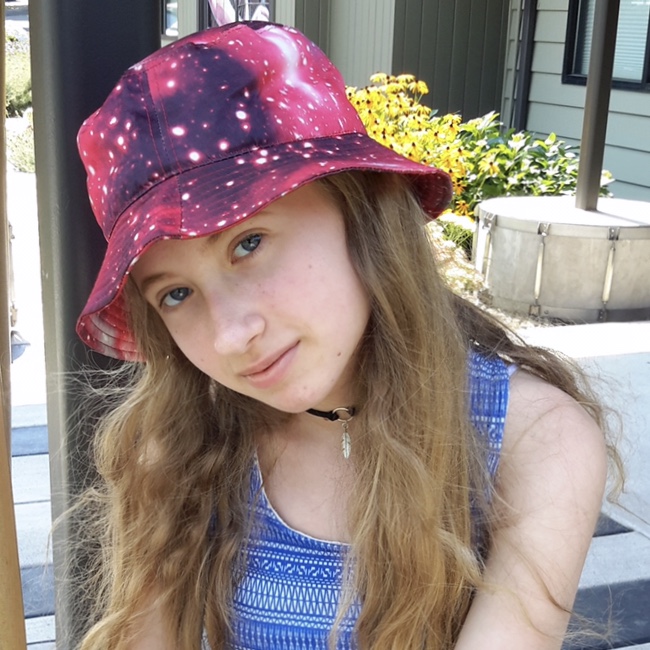 Joyce is a 15-year-old songwriter, singer, pianist, guitarist, mandolinist, and ukulele player. Her music is a lyrically-driven mix of folk and pop, driven by her belief that music can bring social change and promote love and equality. 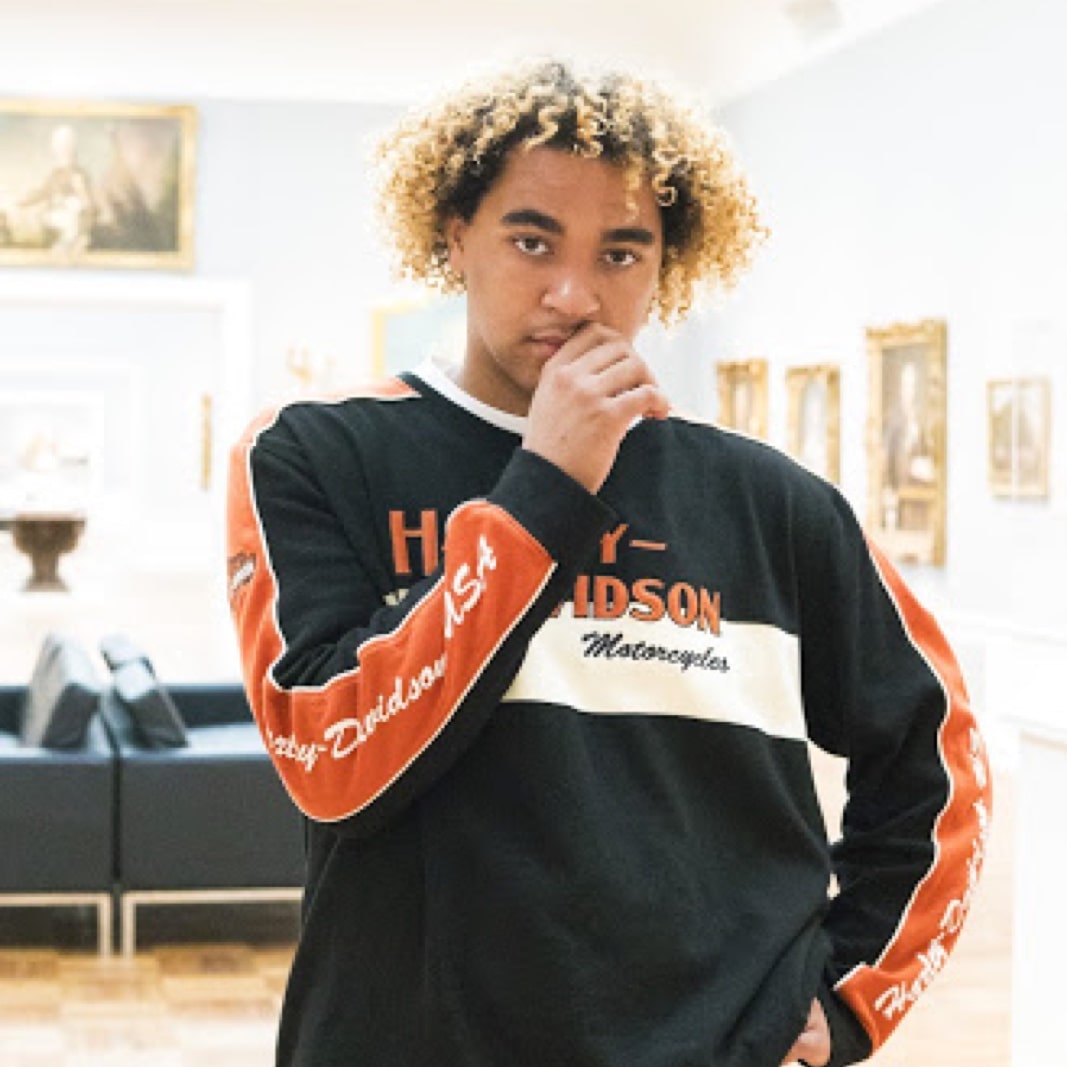 My name Tristtan, I’m an 18 year old artist originally from Eugene, OR. I tend to rap about the things going on around me and what’s directly affecting youth like me. I just want my music to create a relatable connection with others who may need it, and  of course people who just wanna enjoy! In all honesty though I’m just another young rapper and you like me or not! If you listen I hope you like what you hear. 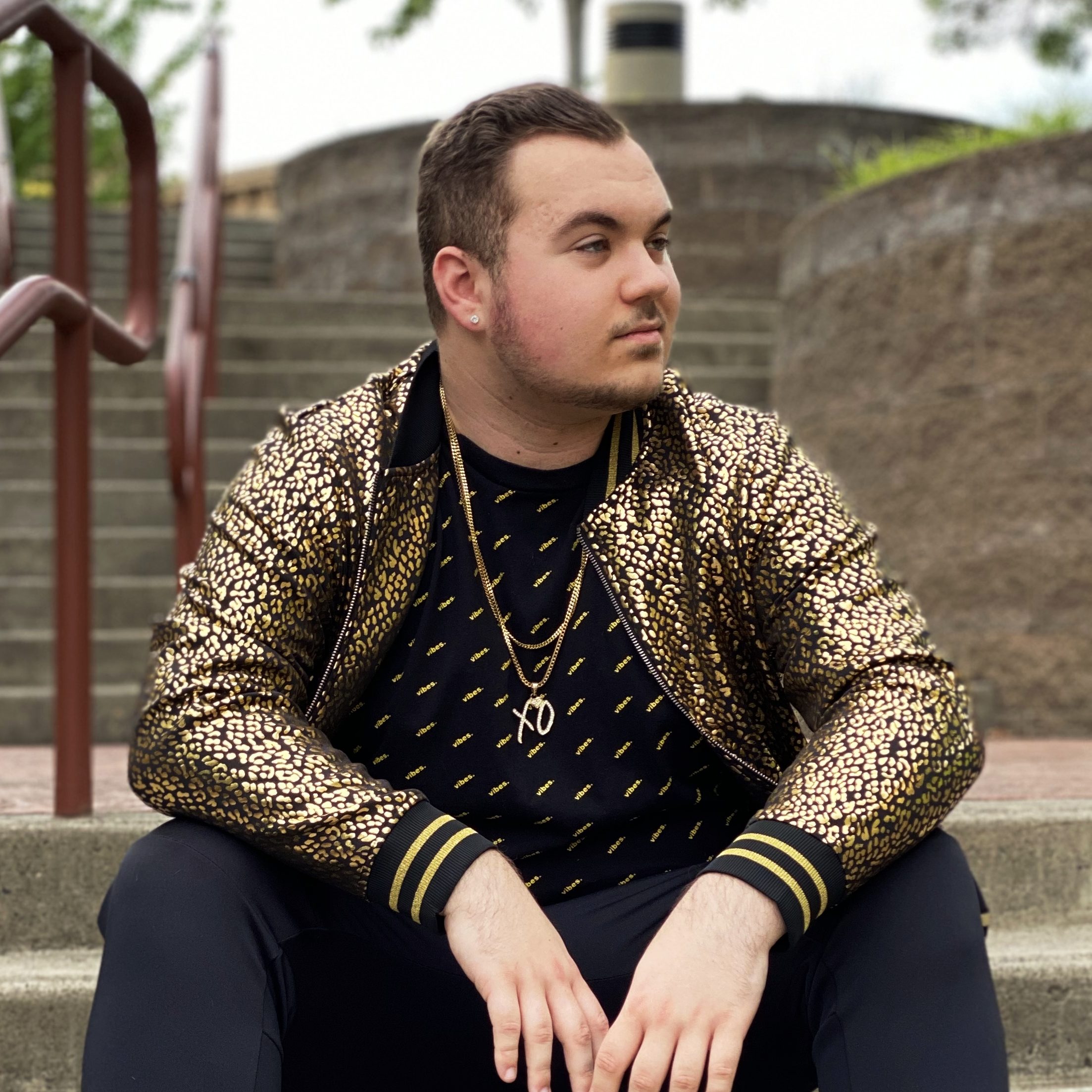 A DJ and Producer from the Portland, area, DJ Stretchman never fails to take a party to the next level. Born Lucas Strelchun, Stretchman’s music has been known for his wide range of musical genres. Stretchman began his early career releasing house music originals and remixes and DJed at local parties around town. His music career truly began to take off in January 2019 with the release of his hit single ‘Don’t Stop’ which aired on Sirius XM’s BPM. Later in 2019, he began to diversify his portfolio with pop and hip hop tracks in addition to his usual EDM.

Stretchman said he loves to “create music that helps decipher and channel [his] emotions in hopes that others can receive the same feeling [he has] when hearing it”.